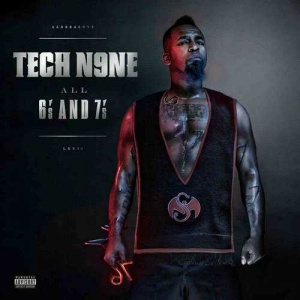 Bottom Line Up Front: This is a 6.76 out of 7 stars album. Tech is a very interesting figure in the world of hip hop and his albums clearly reflect that. All 6’s and 7’s is jam packed to the brim with intense energy and emotion covering an impressive range of topics. You need to listen to it just to hear one of the greatest rappers out there do his thing.

Artist Background: Tech N9ne is the biggest independent rapper in the world as far as I can tell. He’s sold a million albums by 2008. So he’s doing pretty well. And he co-founded his own label, Strange Music, in 1999 with Travis O’Guin. I imagine he has far more control over and freedom with his albums than many of the other artists out there as a result of this. Tech grew up in Kansas City and makes sure his city is well represented in his music. He’s built a hardcore and devoted following for himself. Tech N9ne is known for his rapid delivery which is just incredible. But I think I appreciate him more for the content of his songs, which tend to be introspective and often philosophical in nature. If he’s questioning something about life, he’s going to let you know.

Album Background: The album, All 6’s and 7’s, is much longer than your average hip hop album at 76 minutes with 18 songs and 6 skits. This album was his first mainstream success as it was his first album to crack the top 5 of the US charts at number 4. This album includes a lot of guest artists including B.o.B., Hopsin, Yelawolf, Snoop Dogg, Jay Rock, Twista, T-Pain, Lil Wayne, E-40, Busta Rhymes, Kendrick Lamar, and a bunch of other people. It’s pretty packed and the well chosen guest rappers are a big part of why this album is as good as it is.

Favorite Track: My favorite track is Am I a Psycho. It was a really close race though; it wins but just barely. The chorus is very memorable and catchy. Tech N9ne, Hopsin and B.o.B. let their imaginations go to a dark place and come up with some clever lines throughout the song. All three of them rap solid verses both in content and delivery. Their approaches to the topic of psychosis are different enough that it keeps your attention for the entire song. I could start listing the lyrics, but I really think you need to hear the song to get a sense of why I like the song so much. It’s definitely not the most technically impressive song on the album, but still very enjoyable because it’s so fun.

In Conclusion: Tech N9ne’s All 6’s and 7’s is such a great album. Tech deserves all of the praise that he gets. He is incredibly talented and pours so much of himself into his work. If you’ve never listened to him, this is where you should start. If after the first 4 songs you aren’t blown away like I was then you can stop listening and move on. But I think that you’re going to want to make a trip to Strangeland and, like me, never want to leave. And remember: Tech won’t go mainstream. Mainstream will go Tech.

Music Video Links:
Tech N9ne – Am I a Psycho? (feat B.o.B. and Hopsin) (Official Video) (I seriously hate this video. It doesn’t even come close to what they could have done with such great lyrics. So incredibly boring.)
Tech N9ne – He’s a Mental Giant (Official Video) (I actually like this video since it’s done in the spirit of one of my favorite book series of all time: The Wizard of Oz.)

This week I’m reviewing my favorite hip hop album from 2013: Jarren Benton’s My Grandma’s Basement. It did chart but nowhere near as high as it should have. Actually, anything less than #1 is too low. 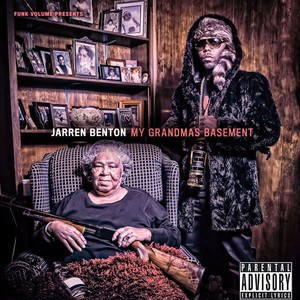 Worth Your Time? Benton has an incredible flow that everyone should familiarize themselves with.

Twitter Review: The combination of Benton and his talented producer Kato make My Grandma’s Basement a fantastic album worthy of many repeat listens.

Things to Look For:

Low Points: While Big Rube Interlude is quite good and sounds like it belongs on a Quentin Tarantino movie with a beautiful trumpet solo, Dreams doesn’t appeal to me as much as the rest of the album. It seems too different from the rest of the tracks. It almost feels like an obligatory slow song more than anything. And with an album runtime of over 70 minutes, I probably wouldn’t have missed it if it was left on the floor of the recording studio. Big Rube, by the way, is known for doing these interludes. He has done them for several artists.

Anything Else: I just wanted to share the song that first introduced me to Jarren Benton. The song is Skitzo and it’s incredibly catchy. It highlights many of the reasons why I instantly fell in love with his music in the first place and it also has a great ending. If I remember correctly, Hopsin (who later signed Benton to Funk Volume) had mentioned it through social media. My brother caught hold of it and then showed it to me. And Skitzo is probably the only single I’ve bought since I got out of college, so that’s saying a lot of how much I wanted it. (I’m more of an album kind of guy if you couldn’t figure that out.) It was featured on a compilation and none of the other tracks really appealed to me so I bought the track by itself. And the rest is history. Now you all need to tune into his new album My Grandma’s Basement. I hope you like it.