90125’s fantastic performance in the US in 1983 is likely what kicked the War on Drugs into high gear in the 80’s as Nancy Reagan could only conclude that most Americans were snorting lines of coke off a stripper’s tit and heading to their local record shop to buy Yes’ latest album while their minds were still completely obliterated. 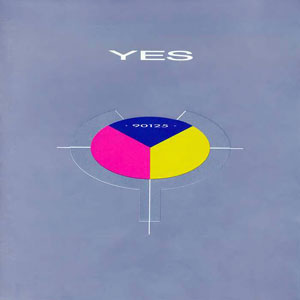 Worth Your Time? Avoid it like gonorrhea. After a week long infection, I’m considering setting my crotch on fire in hopes of stopping the burning.

Twitter Review: Most people if they had a time machine would stop Lincoln’s assassination or try to kill Hitler. Well not me. Not me, god damn it. I’d get in my time machine and devote every fucking ounce of energy to make sure this album NEVER happens.

Why It Sucks (abridged):

Why This is a Review and not a Suicide Note: The best track on this album hands-down is the dance remix of Owner of a Lonely Heart. Why? Well somebody had the brains to create a remix that was in fact shorter than the original and cut out the third verse completely. Fucking genius! Of course, the remix wasn’t part of the original release but it’s the only reason I didn’t drive my car head on into a wall to finally end my own personal hell once and for all before the week was up. For that three minutes and thirty-one seconds I had a break before the wretched loop that is 90125 starting all over again.

Anything Else: I know this album is loved by many people. It has tons of 5-star reviews all over the internet. I’m not judging you if you like this album. Oh fuck it. I am. What the shit-fuck is wrong with you people? Did the titty coke break your brains and permanently destroy any sense of good taste you had?

Sorry members of Shitty Shit Yes and producer Trevor Horn. I’m sure you worked very hard on this album. But maybe if you listen to it for a week straight, you’ll see where I’m coming from and understand why I finally reached my breaking point. Hopefully, next week will go much better because I won’t survive another week like this.

Please note this entire review was written purely for comedic purposes.  I don’t actually hate the album that much. I thought this would be more fun to read than another ‘it was okay’ review.