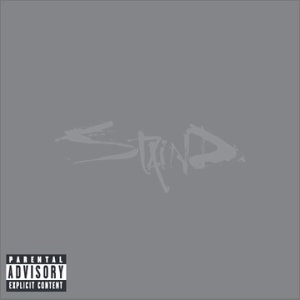 Twitter Review: This album really needs to be renamed 14 Small Variations of a Shade of Grey. Who knew you could rewrite the same song 13 times and sell it?

Things to Look For:

High Points: There are far too many low points to discuss so I think it might be more interesting to talk about the high points instead. I listened to this album one final time before I started to write the review because I had such a hard time picking out individual songs. As I took notes on the tracks, my original score kept dropping and dropping until it got to one. I honestly considered giving it a zero out of five but there are some redeeming songs on here that let me put aside everything wrong with this album for a moment.

Let’s start of with Zoe Jane. This song is about Aaron’s relationship with his young daughter and probably his strongest song lyrically. (which really isn’t saying much unfortunately) I think it accurately captures that incredibly deep emotional bond that is created between a parent and child. It covers: unconditional love, the connection you get just by looking into your child’s eyes and having them look back at you, the need to want to shelter them from everything cruel in this world that you’ve experienced while trying to open their eyes to everything amazing around them and finally becoming so emotionally overwhelmed to the point of tears because you cannot always be there for them no matter how much you want to be.

The other song we need to discuss is Layne. It is actually a tribute to one of the gods of grunge: Layne Staley, the lead singer of Alice in Chains, who died alone of drug overdose in 2002 after years of dealing with depression and drug addiction. Tragically, his body was not discovered until two weeks after he died. He was only 34 and his death had immediate impact on the music scene which inspired many, including Aaron Lewis, to pay their respects to a man who had so much musical influence on their life. One notable aspect of this song is the beginning which opens up with Aaron vocalizing which reminded me of the Alice in Chain’s grunge classic Man in the Box.

Anything Else: So my wife and I do not have any children. We do not want children. We are never going to have children. So why did I connect so much with Zoe Jane on this album without being a parent myself? It’s actually a pretty simple answer: my friends. I’m lucky enough to be surrounded by couples who are absolutely amazing parents. I’ve seen the most serious and reserved of my friends turn into the biggest goofballs just to get an extra smile or laugh from their child. It’s almost like in that moment the whole world around them disappears. To me, that speaks volumes of how intense the parent/child relationship is. The amount of effort and sacrifice my friends put into being parents is awe inspiring quite honestly. I’m happy I get to witness all of these beautiful little moments between them and their children. If you’re looking for examples of what awesome parents do, I would highly suggest checking out JAKE’s Place which is run by a friend and awesome parent, [J].